The typically American concept of the ‘gold star parents’ is an interesting one. There are other monikers – Gold Star Families – Gold Star Fathers – Gold Star Mothers(image above) – Gold Star Wives – Gold Star Pooches, you get the hang. For those who don’t have a clue as to who these folks are, they have something in common – they are the parents, husbands, pets of American soldiers who have lost their lives on active duty. I was kidding about the pets but why leave them out in this farce? There is even a Gold Star Mothers’ Day – the last Sunday in September each year.

I am not sure whether Gold Star status applies to even service personnel who died accidentally during a conflict, like maybe while the dude was handling explosives in a military base or while on a training flight. It probably doesn’t. But I have decided not to lose sleep worrying over the sham.

You must think I am being really really insensitive. Just hear me out.

When I watched Khizr Khan and his wife on TV at the Democratic National Convention in 2016, proudly announcing their Gold Star status, it struck me that my country of birth, India, has no such ‘exclusive club’ of parents. Thousands of Indian Army soldiers die every year trying to secure their motherland’s borders against Pakistani infiltrators, but you don’t get to see either the Indian Government or the public going overboard and forming cult-like fraternities of Gold Star families. They honor the sacrifices of their martyrs and they move on with their lives.

I am sure its the same on the Pakistani side. Neither do the Europeans nor even the Russians or the Chinese have anything close to ‘Gold Star parents’. America is the only nation which raises the parents of dead soldiers to a kind of God-like status. An even bigger irony is that those American soldiers that do survive and manage to get back home, are shunned and treated like crap by a corrupt bureaucracy.

The ancient Spartans had moms who handed their 6-year old male children over to the state, to be groomed to do battle and die as heroes. When they did inevitably die, the parents were honored – if only symbolically – pretty much like the American Gold Star parents of today.

There is however a difference between the Spartan parents and the American parents. In the case of the Spartans, that was the law and the parents had little say in the matter. It was either give up your child to go get trained to be a soldier and die in battle or let him remain at home and have the authorities snatch him when he is an adolescent, to go work in the hazardous arsenic-laced gold and silver mines and die there. Spartan parents had little choice.

There is another huge difference – The Spartans drew their soldiers from all strata of the society, the elite as well as the hoi-polloi finding equal representation. The American elite do everything in their power to avoid serving in the military. Remember Donald Trump’s bone spurs?

Only one modern-day parallel to the American Gold Star moms and dads exists and that is in North Korea. I am told that the North Koreans have a well established system of badges of honor doled out to the parents of dead soldiers. The parents walk around with those badges proudly displayed on their drab tunics and total strangers walk up to them to shake their hands.

But then, in North Korea those strangers are mandated by law to shake a Gold Star parent’s hands, unless they want to find themselves rotting inside a gulag. I guess any nation which places greater value on putting on a show, rather than actually behaving honorably, will have inane institutions such as ‘gold star families’.

For America, it is a perfect win-win situation – the nation starts a war, invades another nation that was simply minding its own business half a world away and just when the body bags begin coming home and morale begins flagging, it is artificially boosted with organizations like ‘Gold Star Mothers Inc.’ and ‘Gold Star Fathers Inc.’

“Always give ’em something to look forward to, even in death”, seems to be the dictum. So what if the real hero is dead. Make his parents the heroes by giving them fancy titles like ‘Gold Star Mother’ or ‘Gold Star Father’. They’ll be thrilled when total strangers walk up to them and shake their hands and repeat the same inane BS…. ‘thank you for your son’s service’. It will make them forget the fact that their son or daughter died fighting a war that was cruel and unjust, very likely having been active participants in some kind of atrocity or the other, against the innocent citizens of another sovereign nation whom they loved calling ‘gooks’ and ‘barbarians’. Remember Mai Lai? Remember Abu Ghraib?

Do the alleged ‘mothers’ in the above photo look grief stricken to you? I think they seem a little too smug and definitely tickled to have their pictures taken. I wonder what they must be thinking – perhaps something along these lines……’I wish I had a couple more sons to let The White House send to their deaths. Then maybe I could get to be Gold Star Mom of the Month’.

Perhaps those Gold Star Moms just can’t wait to be on the receiving end of those flag folding ceremonies, where three or four soldiers, members of the coffin bearing platoon, begin folding the flag that had been draped over the coffin, in an excruciatingly slow and painstaking process that takes several minutes and is designed to make you grit your teeth. At the end of it, the flag turns into a tightly wrapped triangular bundle that resembles a cushion. The bundle is then handed over to the Gold Star Mom, who receives it with an expression that looks like she is the one who should be grateful.

The amount of ceremony that goes into a military funeral in the US is unbelievable, though for what purpose escapes me. No one bothers to remember the fallen anyway. Before Mr. Khizr Khan spoke up about his son Humayun at the DNC, did Americans even know that there existed on earth a dead American soldier named Capt Humayun Khan? The day after the morning that he gave his life in 2004, did even a single American civilian on the street hear about his sacrifice?

We know the answers to those questions, don’t we? And then, let’s look at the other side in the so-called ‘war on terror’. Are the mothers in Raqqa, Molenbeek or Mosul also aspiring to be Gold Star Moms, I wonder. Maybe they’ll call themselves ‘All Star Moms’? (All, short for Allah). And why the hell not? (Though, I suspect there won’t be any bagpipes there).

Perhaps the biggest irony is the fact that in America, while the dead are honored by giving their parents the gold star status, veterans who are still alive – barely able to adapt to civilian life, ridden with alcoholism and drug addiction brought on by PTSD and/or Moral Injury – their plight is pathetic, administered by an institution called “Department of Veterans’ Affairs” which is universally known to be one of the most corrupt, inept and apathetic public sector organizations on the planet.

The ‘Gold Star’ status is a ludicrous farce, especially for a nation that does not have to worry about an invasion, since it is bound by two vast oceans on either side and friendly neighbors in the north and the south.  Therefore, for an American GI mom, alas, Gold Stars can only be won when her Li’l Billy catches a bullet between his eyes, while engaged in an act of naked aggression, against a country half a world away that never did America any harm.

My God, this has got to be the perfect jerk-off. I know what I want to be – just a father, not a Gold Star Sucker. 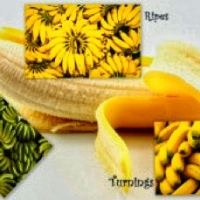 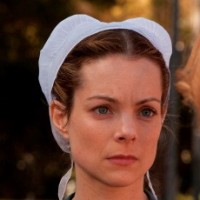