I just happened to be on a bench a coupla feet from the boat that was bobbing on the gentle swells. Maybe you can’t read it but it said “Ladyshores G-43” on the hull. The boat was all mahogany and chrome, 1950s vintage – round and about the time I graced God’s earth with my birth.

A Canadian flag fluttered in the cool 24° breeze. The owner was probably having a late brunch with his lady love in one of the string of bistros and pubs behind me.

As I sat there I kept refreshing my broker’s page. All the stocks that I din own were skyrocketing. Apple had just overtaken fookin Saudi Aramco as the most valuable fookin company in the whole fookin world. If stocks continued ta plummet, I might have ta grow a beard, change my name and go live in Timbuktu.I was overextended, if you know what I mean.

As I sat wondering why the fuck I didn’t own a boat like that, a young couple in their 20s stopped in front and began admiring the boat, taking pictures, stooping to touch the chrome like they were dreaming.

I was right next, so the man turned and jerked his thumb at the boat and said,”Yours?”

I was high. Had a few pints of Stella Artois in me. When you’re old, doesn’t take much ta get you high.

Feigning extreme bored annoyance, I nodded and said,” Won it in a crap game in Marrakech.”

“Oh yeah?” Intrigue, distrust, awe, skepticism.. his expression, as in any youngster, had it all.

I intensified my bored, exasperated look and making my voice sound as gravelly Humphrey Bogartish as I could, I said, “I had a Ch’kamba and the other guy had a Sotta and he was broke. He noted the Glock34 in my waistband and handed over the keys to his boat, without ado.”

They looked at each other. You could see them labouring through the analysis of my statement. The girl hesitated, before saying,” Where’s Marakesh?”

I gave her a withering ‘where u bin?’ look and said, “ Morocco”.

“How did you ship it here?” The guy had his mouth….agape, like.

“Din ship it nowhere. I sailed back here in the fookin thing…”

When an elderly man ambled over and boarded the boat, the couple stared, their heads swiveling between the boat and me. The man gunned the engine and it went, “Badda bidda badda bidda”. The geezer pushed against the jetty with a pole and the craft turned and sped off in the mist.

I grinned a disarming grin at the couple and man scowled, pissed. The girl grinned back. Was there an invitation there? Maybe. Hugh Hefner had affairs with 20-year olds. And I’m better looking.

Wimin are turned on by humour. Wimin can definitely take a joke.

Leave a Reply to You know Cancel reply 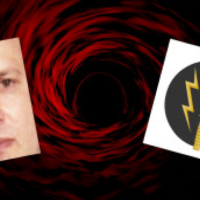 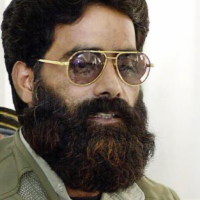 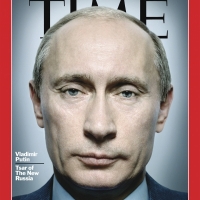