There’s a sex store in Saint Constant on the 132 that I drive by every day on my way home from work. Saint Constant is a hick town, a Canadian version of Jhumritalayia.

Sex stores are legal in Canada. Situated in perfectly respectable neighborhoods, they are looked at the same way you’d see a liquor store or a tobacconist. You walk in, browse the shelves, purchase a dildo for your lady that you can stick up her ass while your fingers are playing Dr. Livingstone with her pu…that cat word. I can’t say it, I am too straight-laced. Pick up a 12-pack of those triceratops condoms and you walk out. Its just like you went in and bought cigarettes. No furtive embarrassed glances to see if anyone recognizes you. No darting behind the back shelves when someone you recognize walks in.

In fact, the whole subject of sex is so matter of fact in the west. At the same time, sex is a very important portion of daily life. Relationships break up because “the sex wasn’t fun”. Friendships are made purely to engage in sex. The word “fuck friend” is common. It denotes a relationship that, by mutual consent, will never progress beyond sex. Over here, great sex does not require an emotional attachment. And vice versa.

It is so easy to find a sexual partner here. As long as you dress decently and don’t behave creepily, you can literally walk up to a woman and tell her you are interested in her and “is she free this evening? Trust me, she won’t consider the approach inappropriate at all. If she is in the mood she’ll go right along with you and leave the next morning and you’ll never hear from her again. Period.

At work, it is normal to hear a female colleague say things like, “ugh, he is such a fucking pussy. I bet he has a peanut for a dick”. Or if its a Friday afternoon, “God, am I waiting ta get laid tonight …”. No one will bat an eyelid to that. When Kayla, over in HR, threw an engagement party, she made us all pause because she wanted to say a few words and she said, “I love Gaetan and I am excited about getting married to him, but…. his is the last penis I’ll ever touch again and that’s scary…” and everyone burst out laughing.

Here’s the thing. Even though developed western nations are open and unhindered by tradition or taboo, not a single one of them figures in the top ten list of countries that view pornographic content on the net. A 2015 PEW study had Qatar, Kuwait, Indonesia, Pakistan, Bangladesh, Hong Kong, China and India in the top ten.

Here’s the other thing. Believe it or not, the nations that view adult sites the most also happen to be the most culturally and sexually repressed, with the highest instances of sexual assault per capita. In countries like Bangladesh, India and Pakistan that treat porn as taboo, a little girl has nearly a 50% chance of being molested before she reaches her teens, as per PEW. Which means that one in two girls there has a story to tell – of an uncle, a grandfather or even a father who reached under her dress and played with her or put her hand on his genitals. At the same time, these gents would consider establishments such as La Sexie Folie to be decadent, sinful and immoral.

I gradually loosened up when I noticed folk walking in and out as though it was just another store. The store was manned by just one person at the counter – a fetching young brunette. She was dressed in a revealing but not overtly vulgar dress. It was the sort of attire that might help create the atmosphere and make customers want to buy sex stuff.

“Is she tight?” Lisa was asking the guy, a 60-ish man in a baseball cap and jeans.

“Nah, my Stephanie is big as a barn. By that I don’t mean she ever let a horse in there,” the man said and they both, Lisa and the man, dissolved into peals of laughter.

The brief exchange made me feel sort of exhilarated. This was not some shady joint, tucked away in Kolkata’s Free School Street, a back street maze of shops that survive by paying off the neighborhood constable and specialize in raunchy stuff that are considered taboo. This was a regular commercial establishment, freely engaged unhindered, in the sales of pornographic merchandise, protected by the law. As in any store, like a clothing store, the manager was simply serving a customer. It blew my mind. It was the moment in time that I first realized I would love living in my adopted country, unburdened by bullshit hypocrisy and faux correctness.

Lisa is pursuing her Masters in Criminal Psychology at McGill and intends to join law enforcement, probably the RCMP’s Behavioral Sciences unit, the one responsible for investigating serial killings and violent, random crimes.

She told me she has never ever experienced being bothered by any customer. Just some giggly pre-teen boys and girls during the summer break. They left after she firmly asked them to. Entrance is restricted to 18plus, by law.

As I was leaving, I saw a tall young man in a suit and crew cut, rapping against the plate glass show window, from the outside. He had a toddler by the hand and the kid had his arm wrapped round the man’s thigh.

“Someone is trying to draw your attention,” I said to the girl, gesturing toward the window.

“Oh, that’s Kyle, my boyfriend and our little Jeremy. We’re taking him to Kung-Fu Panda-4.” She smiled as she blew a kiss in the general direction of the window. Matter of fact, mundane, another day in the life of a law-abiding female blue-collar worker who is simply looking out for her family.

Can La Sexie Folie open up a branch in Jhumritalaiya anytime soon? I doubt that. 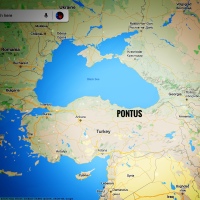