The suddenness of a seaside sunset is always amazing. That last moment when the orange-red disc plops out of sight, beneath the waves, day ceding to night. A eon is a long long time but even a leaf-eating diplodocus must have paused it’s chomping and turned its head to stare at the setting sun in absolute wonder. Wondering at nature doesn’t need intelligence.

For me, post-retirement, sunsets have been a daily routine. Tonight was no different. I sat there, my legs dangling over the parapet, the waves sneaking in little by little, each intruding further than the last one, until they were jostling each other at the foot of the sea wall, lapping playfully at those star shaped concrete wave breaker blocks just below my feet. For the next six hours and twelve and a half minutes they would lap, until they began to ebb again. That’s nature’s rhythm.

This stretch of beach was always teeming with boisterous crowds during the day, but now the vendors and their pushcarts, the pony rides and the balloons, the wooden miniature ferris wheels, they had melted away into the fetid belly of the city.

Now it was dark, leaving only the twinkling phosphorescence on the waters. My daily fix, watching the sunset, was over. Shanta and I had basked in this serenity for years. Until it was only me at the seawall.

A light caught my eye. It had blinked on briefly some way beyond the surf, making me bring up the Oberwerk and train it in the general direction of the flash. Immediately the two speeding zodiacs filled my eyepiece. There were five of them in each – huddled forms, outlined in the eerie red glow of the Oberwerk’s night-vision. Each man appeared to be toting a bulky backpack.

The two inflatables pitched and bounced on the waves, releasing bursts of spray as they hit the troughs, racing toward the little strip of sand that bordered the jumble of the star-shaped blocks by the seawall. On their heading they’d be beaching right about a hundred meters from where I was perched.

My conversation with Jimmy at the Navy Club the previous evening flashed back instantly. Commodore Jimmy Taraporewala, NDA roommate, ex-brother in arms. Instead of the mandatory dress code (suit, black tie), he was in the usual overalls that the members of his corps wore, with those shoulder patches depicting a crocodile in graphic red and black, lashing out with its tail. Dreaded by the Lashkar, it was an insignia that I was intimately familiar with, having worn it myself for six eventful years.

We were both nursing sodas, except that mine had a couple of fingers of McDovell Premium in it. Not needing much coaxing, Jimmy whispered, “We have a red alert, Krish. Something is about to happen.”

I had looked up sharply, “Another landing?”

Jimmy nodded and then grimaced. “Those assholes at the IB have no clue. No news from our assets at the ISI. JCB and DNI are working on it non-stop. All Coast Guard vessels, as well as the Sindhukirti and Sindhuratna, have slipped their moorings. The Talwar and Trishul are on their way from the Maldives. We ourselves are at 5 minute readiness”.

I leaned forward, “Where did the tip-off originate?”

Jimmy stared at me. “Efraim.”

Efraim Levy – recently retired director of Mossad, now head liaison for MARCOS. At the Mossad you don’t retire. Yeah, those days we were beginning to get in bed with the Israelis. About time too. What closer allies couldn’t reveal to us, the Mossad did, with pinpoint accuracy.

“What about those Neptunes you just acquired? We have two now, don’t we? Put them on a permanent orbit over the west coast till this thing is over.” I was referring to the new Boeing P-8I Neptune reconnaissance aircraft that have just been inducted into the Navy.

“Boeing technicians are still sorting out some glitches with the Magnetic Anomaly Detectors in them,” Jimmy made a exasperated face and the conversation veered away to his son, Ronnie, who was passing out of the NDA in a week.

Back in the present……..premonition. It made the hair at the nape of my neck stand rigid. The navy had let me keep the Oberwerk and now it was going to save my life. I peered through it at the huddled shapes on the zodiacs. Fishermen aren’t out so late and besides, neither do they gallivant around the Arabian Sea in zodiacs, I said to myself.

They might have seen me, silhouetted against the street lights behind. I swung my legs over the parapet, stowed the Oberwerk into my windcheater and quickly dropped down to the ground on all fours and began picking my way through the rubble on the side of the road in a crouching gait, to remain below the level of the parapet.

10 yards of knee-lacerating crawl brought me to a crack in the seawall where the cement had crumbled, forming a gap large enough to let a man through. It had probably been deliberately created just to have a short-cut to the asphalt, by those street urchins who beg around the beach during the day. I slid through the gap and started slithering down toward the sand, stepping carefully over the star-shaped blocks, knowing they would be coated with moss and slippery as hell.

As I placed my foot in the squishy sand, I saw the silhouettes. The men had by now run the boats onto the sand and begun getting out of their polyurethane suits. There was no attempt at camouflaging the zodiacs, so the extraction would have to be by a different route. They spoke and gestured at each other but the roar of the tide drowned all sounds.

The one who was already out of his wetsuit and still bare-chested, was the first to sense my presence. In a single fluid motion, his right hand came up holding a handgun while he dropped to a crouch. I had expected that.

I raised my hand, palm outward and whispered,” Salaam, Bhaijan.” (Greetings to you, brother). He peeled off from the rest and came forward. In the dark, the gun in his hand looked like a silenced 9mm Luger and he brought it down, holding it loosely in his right hand, as he came to a halt a few feet from me. He was clean-shaven, diminutive and wiry, with piercing bright eyes that had no fear in them. Trust me, I know fear when I see it and this guy was devoid of it, a pro.

I nodded,” Its all in there.” I gestured toward the star-shaped blocks by the seawall.

He turned his piercing gaze at me and said, “Babar”.

“Leh, usko samhal, Ajmal, “ the man named Babar barked and a wild-eyed guy who looked young enough to be a teenager, dropped what he was doing and made his way toward the blocks. I braced myself.

The star shaped blocks were about 100 meters from where we stood. The boy named Ajmal would be gone maybe a minute, max. They had a minute to realize I was lying, that there was nothing there.

We waited, my hands on my waist, my right palm just inches away from the Glock34 that I always carried with me these days. Ex-special forces members are licensed to carry a hidden automatic weapon. The Glock had become a part of me, nestled in the small of my back, now hidden by the windcheater.

“To phir?” I could see the first flush of puzzlement in the man’s eyes, as the man called Babar straightened up and stared, his grip instinctively tightening on the Luger, “Kisney bheja?” (Then who sent you?)

I had whispered it so softly that only the man called Babar heard me. Pronounced clearly, it hung in the air for a split second.

Maybe it was fatigue brought on by the 50km ride on the zodiacs or the stress that any clandestine operation can bring on, I don’t know. But a split second can be a very long time in our business. Long enough to die.

The man called Babar hadn’t thought ahead. I had. He was bringing his firing arm up when the Glock appeared almost by magic in my right hand. It took another half millisecond for Babar to grow a third nipple, right between the other two. He collapsed in a heap and rolled over, staring up, squinting, his lips trying to form words, eyes trying to focus.

From his vantage point, the sky was clear, teeming with a million stars. Perhaps he had noticed a new star on the belt of Orion. A trickle of blood began seeping out of the corner of his lips and his nostrils, pulsating in step with the frantic thrashing of his dying heart.

In a swift sweep my left hand snatched up the Luger, while the Glock began talking simultaneously and the confined space on the beach clattered with the klicks and coughs of silenced automatic weapons erupting lethal fire. One of my rounds opened up the kid, Ajmal’s head like a melon. He kept walking a while, his body still believing it had a head, before it realized it didn’t and collapsed.

I dispatched the rest quite easily. These were dumb kids, just a bunch of miserable suckers, out for twisted glory. The last two dropped their weapons and tried to run into the waters. Maybe they wanted to swim all the way back to Karachi.

They never had a chance. When you are up against the MARCOS, you never have a chance. We are trained to shoot by sense alone, in the dark. I picked the two off pretty easily and speed-dialed Jimmy.

As I proceeded to pick my way back up those rocks, I heard a groan. I turned to see the man named Babar and I walked over to him. The spit of sand around me had turned into a slaughterhouse. Babar’s chest heaved as he made an effort to speak and I brought my face closer. If he had any last words, I was curious to find out what they were.

Alas, the man named Babar disappointed me. He just uttered one word,” Gaddar” (traitor). His eyes gradually began taking on the glazed sightlessness of the dead and I decided to hurry him along. I brought my Glock up and pressed it against his forehead.

Before pressing up on the trigger I grinned. I wanted him to see me grin. And then I spoke clearly so the words would register in his dimming brain,” Here’s one for your janab Hafeez Sayeed, chutiya.” The Glock spoke, eloquently. 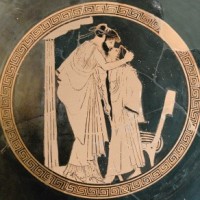