“Most people believe that good governance leads to harmony. It may, but only temporarily. In the end, good governance always lays itself bare to conflict.” – Noccolò Machiavelli

The village didn’t begin with any grand plans of being an empire, but in the course of a thousand years, it would stretch through three continents and secure within its borders the lives of roughly 100 million free citizens and 30 million slaves.

And the stream never imagined that resourcefulness and engineering would divert nearby streams to join it’s flow, turning it into what is today the turbulent Tiber.

By the time it grew to it’s mightiest in 200AD, the Roman Empire would be constantly fighting wars of conquest and quelling rebellion in it’s distant outposts, expending in today’s dollars trillions, in order to maintain it’s hegemony.

And all the while that the Roman legions were fighting in distant lands, back home tax collectors, judges, senators, policemen, firefighters, medicine men, carpenters, builders, farmers, accountants, poets and historians – they would be going about their orderly lives, free Roman citizens, blissfully comfortable. Surely, those wars could never touch them. Welcome to the Roman Empire.

In the 21st Century, I can think of one nation whose citizens are similarly cocooned inside a comfortable existence, free of invasions, one whose rulers have lead the citizens to believe that they are the lords of the earth – America.

Back in Rome, it wasn’t really a picture of harmony though, by today’s standards at least. Ancient Rome was in a state of ‘controlled barbarism’. Rich businessmen sponsored ‘Munera’, reality shows held live in vast amphitheaters where on weekends, citizens brought their wives (and some even their children) to watch hand-picked slaves slash, bludgeon and stomp each other to death.

Compared to present day standards, a vastly different level of morality reigned in 1st Century AD Rome. If you were a Roman housewife, you could have your domestic Nubian slave beaten to death for the slightest of infractions. If you didn’t like the looks of your new born female child, you could say it had a curse that had to be exterminated. And then, you proceeded to smash her head against the stable door and threw her into the rubbish heap.

If you were a plebeian (commoner) and to your dismay your friendly neighborhood quaestor (Senator) took a fancy to your nubile teenage daughter, you had a choice – to either let him take her away in exchange for a tip off ten talents and a job in his stables or to face the prospect of hard labor in the arsenic-laced gold mines outside town. Your daughter got raped either way.

That was civilization 1.0, oh yeah.

While the citizens within the walls of Rome lived their lives in that quasi-barbaric state of peace, it was quite another world outside. Around the fringes of the Empire was a very violent environment of treacherous mini-empires and rogue city states that were perpetually squabbling and then forming alliances with the intention of marching on Rome and burning it down to the ground.

Invasions and conquests in those days were quite ‘comprehensive’, designed to ensure that the invader wouldn’t get any more trouble from the invaded guy. If you were a Roman legionnaire, you didn’t just put an arrow through the invaded guy and loot his livestock. You wiped him off the face of the earth. You burned his cities and temples down. You raped his women and then killed them. You threw his children into large burning pits. You took the able-bodied as slaves and worked them to their deaths building your monuments and aqueducts. You reserved the worst treatment for the leaders of the conquered lands who refused to fall in line – you had hot molten lead poured down their throats while they were still alive.

It was a brutal world. The bloodshed, if it were to happen today, would leave every man, woman and child in the conquered territories with Stage-5 PTSD, turning most of them into paranoid schizophrenics. And in turn, those invading troops would be suicidal wrecks suffering from acute moral injury. But guess what? The capacity of the human psyche, to endure and move on, ensured that that didn’t happen.

Rome still exists, at the heart of a marginally prosperous European nation, in the midst of a continent of stable, prosperous democracies, none of whom suffer from any consequences of two thousand years of invasions.

The analogies between ancient Rome and present day America are startling. Just for fun, let’s compare the two at the height of their hegemony –

Rome in 200AD : An empire that stretched from The Azores(east Atlantic) in the west to the mouth of the Tigris(Iraq) in the east and Scotland in the north to Nubia(Sudan) in the south, with 20% of the world’s population as its subjects.

And America in the present day : 800+ military bases around the world, virtually unchallenged. Sure, technically the folks in those lands are not subjects. Only technically though. You fuck with America and you won’t get into an airplane again, you won’t be able to trade, you won’t even be able to access the internet. And there’s always the very real chance of getting blown away. Attacks by American killer drones anywhere in the world take just 8 minutes to plan and execute. Yes, America is Rome in 200AD.

Rome owned the pre-Christian world just as America owns the world today. A botched drone strike that kills 10 innocent civilians including 5 kids ….. oh well what the hell, boys will be boys.

The similarities between the two are striking. Rome started in the 9th Century BC as a lawless haven for the indigents and the unwanted from nearby Carthago, Neapolis and Syracusa. Likewise, America began with the puritans and exiles who came over because they were universally considered assholes and unwanted in Britain. Both started with the disenfranchised jetsam and flotsam.

Even the mysteries behind the rise Rome and America mirror each other. How did a small village in central Italy manage to grow into a 4-million square mile empire, bigger in area than Europe? Likewise, how did a little village named Jamestown on the banks of the Powhatan, Virginia ultimately grow into the world’s most powerful nation? Exactly what is it that set the two apart from the rest?

Romans and Americans have always had an overblown, almost cringeworthy, sense of nationalism. Like the Americans today, Romans thought that the sun rose and set with them and that they had a God-given right to dominate and rule over the rest of the world.

Philosopher-Emperor, Marcus Aurelius, once exhorted his citizens thus……, “When you arise in the morning, think of what a precious privilege it is to be alive as a Roman – to breathe, to think, to enjoy, to love and to conquer, as a Roman.” You’ll hear similar bullshit from every American President – “Shining city on a hill”, “Greatest nation on earth”, etc.

Will America too fade away like Rome and barely exist, a shadow of it’s former self, another mediocre developed nation like Italy, struggling to stay economically afloat?

The overwhelming sense that I have is – yes. 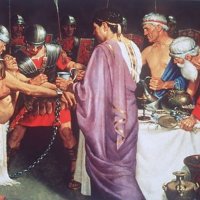 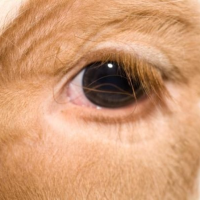 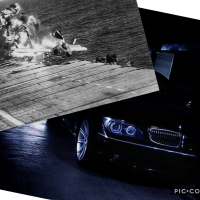