At 9.45am, the waiting hall at the Brunswick Family Clinic was filling up quick.

I was here for my annual check-up. The tests were done and I was waiting to see the doc. Everything seemed in prefect order. Various body parts humming along normally. Like the PW800 turbofan. If you’re getting a business jet, insist on Pratt and Whitney engines. The other guys distribute bibles free, with their engines.

There was an old couple sitting across, a low hum of conversation coming from their direction…”Did you hear from Caroline?”…..”No, she hasn’t written in years, ever since she moved to Burnaby. I wrote about my prostrate. She never replied.”….

A plump black woman brought in a stroller and, from it she picked up a frail child, a curly haired white girl. She deposited the kid gently right next to me and sat down next to her on the other side.

“Do you wanna peepee, Katie, it’ll take a while”, said the woman. The girl’s head constantly jerked about in a frenzied, panicky sort of manner. Her eyes blazing, she tried hard to hold their focus on the woman, as they rolled around. And all the while, her face twitched and her whole upper torso swayed back and forth.

I went back to my paperback.

Now, let me tell you something about reading in a doctor’s waiting room. I try to bring with me a page turner. But here’s the thing – never bring anything that’s too racy, or else you won’t hear your name being called and you’ll find yourself being escorted out, late in the evening by the janitor. This time I had with me a John Le Carre paperback, ‘The spy who came in from the cold’. The last time, I had with me a Jackie Collins and the doctor said I had BP. Nevil Shute and he told me I needed more nutrition.

I had just gotten into the main plot around page 50, when I felt a rhythmic nudge on my right arm. The girl, head lolling around, was now trying to concentrate on what I was reading, swaying back and forth. When she saw me take notice, her face broke into a smile. A smile which was on one hand the most beautiful and on another, the most pathetic. And on a purely superficial level, hideous.

As I went back to Le Carre, she broke into a burbling hum. The black woman looked up from her knitting, her deep eyes as loving as I had ever seen.

“Do you want me to read to you?” I asked the little girl and she immediately became a mass of wobbles, nods and shakes, her face pushing up against my arm as she shifted her frail weight closer. After a while, it seemed not to matter, that her saliva had soaked through my sleeve completely.

I started reading where I’d left off, this time the words loud enough for the little girl to hear, “A black cab goes past but it has its lights on. Not a spy cab then. A normal cab. Driven by a brutish man, with Slavic features. I say to myself, ‘What are you waiting for, Leamas, this is your last chance….’

I read on and on, my voice practiced and well-modulated. And as my words settled into a steady drone, I realized that her movements had gradually ceased and her little curly head was now resting on my arm, completely still. I turned carefully just a fraction, to look. She’d fallen asleep. The overworked muscles had fallen silent. The face was angelic, at peace.

The nurse called out my name and I gently lifted the kid’s head from my arm. The black woman put her knitting back in her bag and carefully rested the little head on her lap. Her huge ebony black fingers ran gently through the flaxen hair. 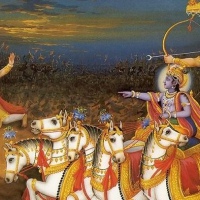 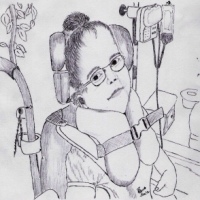