A civilized world is one where there are no taboos – Socrates 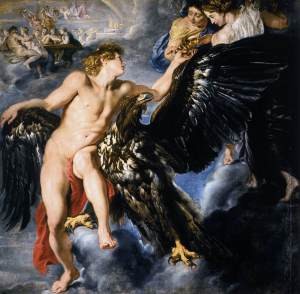 For any female, born in an urban slum or in rural India, there is an 80% likelihood of her being either raped or molested at least once in her lifetime. For a boy who was born in 500BC Greece, the odds of something similar happening to him were identical.

Ganymede was a Trojan boy barely out of his teens, whom the 8th Century BC poet, Homer, had described as the most beautiful of mortals. Even the Gods couldn’t take their eyes off him. So taken by his beauty was the lecherous old Zeus that he stole in one day, disguised as an eagle, lofted Ganymede into the heavens and whisked him away to his pad at the Mount Olympus.

There is no record of what Zeus’s old lady, Hera, had to say about this new love-affair. Probably nothing. Given the times and the open practice of pederasty that was the custom among adult Greek noblemen and their Gods in those days, she may have just yawned and said,” Tennis anyone?”

The same milk of forgiveness ran through Roman wives as well. The emperor, Hadrian (76-138AD), took a male lover in the form of a Bythinian youth named Antinous. As a foreigner it was perfectly acceptable for Antinous to appear in public next to the emperor and his wife Sabina.

Hadrian and Antinous were lovers for five years until Antinous fell overboard from a galley into the Nile and drowned. Grapevine has it that Sabina had a centurian persuade the boy to jump one night when Hadrian wasn’t looking but I can’t submit any evidence of it. Heartbroken, Hadrian had Antinous declared a god, built temples to him all over the empire, named a star after him and built a city in Egypt, Antinopolis, in his honor.

Up until the Roman Empire turned Christian under Constantine the Great and Christianity began being rammed down everyone’s throats under threat of death all across Europe and beyond, homosexuality in all it’s forms was a universally accepted practice in the so-called ‘civilized’ world. Sodomy was practiced mostly among the upper classes. (The hoi-polloi were too busy trying to survive invasions and deprivation).

In the pre-Christian world, men f–king other men was du jour.

The vase paintings have a common theme running through them – the sexual intimacy depicted is invariably shown happening between a bearded adult male and a pubescent or adolescent boy, usually the son of another free citizen with whom the adult has a business or family connection. One might wrinkle his nose in disgust today but that was the norm then. The boy knew that his coming-of-age required submitting to anal penetration by a grown adult male, who took him under his wing like a mentor and proceeded to take charge of his education. It started invariably with a period of elaborate courtship when the mentor showered the boy with presents until he eventually broke and submitted.

The Greeks had developed a strict code of conduct as regards homosexuality. An adult Greek male could not have sex with another adult Greek male. It would make the man being penetrated (the pathikos or passive partner), seem effeminate and submissive. That was something which the Greek society – essentially a martial culture – deemed a humiliation and therefore inappropriate. It would bring down the submissive male to the level of women, who at that point in history were considered lesser mortals in this highly patriarchal culture. He could be ridiculed and laughed out of town and even lose the right to hold public office.

The ban on adult to adult male sex did not extend to slaves however. It was open season on slaves. You could do absolutely anything you wanted with your slave, since you owned him. An adult Greek male could f—k an adult male slave till he was blue in the face. Slaves, usually the citizens of conquered lands, were acquisitions and had no rights whatsoever.

In ancient times, you had to be prepared to be a slave if your city-state got invaded and sacked by an invasion force. A run-of-the-mill invasion usually netted around 15-20000 able-bodied slaves who could then be sold for hard cash. The slave trade was the by far the largest and most profitable business venture in ancient Greece.

During his 8-year long expedition of conquest through the Middle-East, Asia Minor, right up to the banks of the Jhelum River in present-day Pakistan, Alexander the Great is reported to have taken into captivity and sold more than 500,000 slaves from the lands he conquered.

Thanks to Alexander’s zeal, soon there was a glut in the market. Supply outstripped demand and the powerful slave cartels in Greece and Asia Minor, pretty much like the OPEC of today, hated him for flooding the market.

Besides the booties that Alexander looted from the vanquished Persian King Darius III’s coffers, the slave trade was a major source of revenue that helped pay his soldiers’ above-average salaries and frequent bonuses. It is said that on one occasion, after he had sacked the city of Tyre, he paid his troops the equivalent of 8 years’ pay as bonus. If it hadn’t been for his largesse, his men, tired of the fighting and homesick, would have turned and gone back much earlier.

Alexander was huge on the slave trade but he was also a fair man. If a state readily submitted to his invasion force and acknowledged him as their monarch without a challenge, he not only spared them a massacre but in fact enthusiastically waded into their culture, encouraging his commanders and troops to go forth and marry their women and intermingle. He allowed the citizens of the annexed lands to retain their culture and traditions and even offered sacrifices to their Gods at their temples. The slaves came from the states that tried in vain to repel his invasion and faced his wrath as a result.

Alexander was a good looking guy, as per the 1st Century AD historian, Plutarch. Says he, “…Not very tall, perhaps a little over five podes and a half, Alexander was light brown skinned and had a tinge of red on his face and upon his breast. Aristoxenus, in his memoirs, spoke at length of Alexander’s sharp features and bright blue eyes. He had heard Aristotle speak in amazement of a most alluring scent that emanated from his skin. His breath and his body were so fragrant that they perfumed his undergarments……” Yuck! Ugh!

Powerful city-states like Athens and Sparta and empires too, like the Persian and Roman empires, had large populations of slaves who had been nabbed from conquered lands and put to work in mines or construction and even as domestic help. At the height of it’s golden age – around 450BC – one in three inhabitants of Greece was a slave.

The slave-to-citizen ratio was even higher with the Romans and that could be a reason why in the 1st Century BC, a Thracian slave named Kirk Douglas managed to band together a well-organized fighting force of 70000 slaves against the Roman legions and was able to get as far as he did, massacring thousands of well-trained and superbly equipped Roman legionaries, before he was finally apprehended and killed. Even though he did not succeed in the end, Douglas is still an interesting example of how far the will to be free can take you, but I shall have to leave that for another occasion.

What? Did I say Kirk Douglas? Oh, sorry, the slave was called Spartacus. Kirk Douglas only played the role of Spartacus and co-produced the 1960 Stanley Kubrick movie by the same name. At my age, it is easy to get mixed up a bit. Do watch it if you get the chance.

But during the heroic and classic ages of the Greek civilization, a few centuries before Spartacus, the thought of organizing their own ‘Greek Spring’ hadn’t yet occurred to the slaves.

While the adult-to-adult male sex was a no-no in ancient Greece, the acceptable practice was what we term today as pederasty – sex between an adult male (the erastes) and a boy in the age bracket of around 10 to 17 (known as the eromenos). It was pedophilia with a slightly narrowed age range. Pederasty was a practice that was regulated by the State as an institution, no kidding. It was generally taken as a supplement to a heterosexual marriage, which the Greek deemed as essential for the purpose of procreation. Thus, the adult men who practiced pederasty were basically bisexuals.

Today, the age of consent varies from country to country but overall, pederasty is considered just as heinous a crime as pedophilia and most nations in the modern world have strict laws against it. The same Socrates, whom we like to lionize, would be cooling his heels inside a maximum security penitentiary, serving a lengthy sentence, had he been around today.

Back then, institutionalized as it was, pederasty was commonplace. There were even public places where noblemen met and swapped their boy lovers. The Grecian baths for example were places where nobles lazed around and exchanged boys. If they had internet they would probably call it swapboy.com or something.

An Erastes with his Eromenos, on a Greek vase (Image coutesy: Wikimedia)

The pederasty practiced in ancient Greece was in fact cyclic – as soon as the eromenos began to sport a beard, it was a sign that he was now an adult and therefore could not continue his sexual liaison with his erastes. He could in fact himself start leading life as an erastes now and have his own eromenos. Oh Goody!!

In ancient Greece, if you were a male from the upper classes, you were either an erastes or an eromenos. You didn’t fight it. You humped or you got humped. By another male. That was that. Grecian stores even stocked different varieties of depilatory products to help you keep your eromenos looking young and therefore ‘acceptable’.

The Greek poet, Anacreon, and his little lover. Anacreon’s poetry was all about passion, love, infatuation, revelry and parties, like an ancient version of Jackie Collins, except in his case, the protagonists were invariably pederasts.

Interestingly, most sculptures, bas-reliefs and paintings depicting ancient Greek pederasty, are found in the Vatican palaces and museums today. Should this be a surprise at all?

The Greek city-state of Sparta mandated an austere existence, devoid of any kind of extravagance (and hence the word ‘spartan’). Military training was mandatory and stretched right through a boy’s formative years, starting at age six, right up until twenty-two. During this period, the little boys got paired off with the older boys or men in the military academy, who became their mentors. They spent long hours working out inside gyms and arenas, practicing the five exercises of the pentathlon – wrestling, races, long jumps, throwing the discus and hurling the javelin.

The youths in the gymnasia were always naked and sexual intimacy was inevitable and encouraged as an essential part of the kid’s education. The word ‘gymnasium’ is reported to have been derived from the Greek word ‘gymnos’, which means ‘naked’.

It got so bad with the 22-year old graduating cadets of the Spartan military academy that, on their wedding night, their brides had to resort to dressing like men in order to arouse their grooms and help them make the transition from homosexual to heterosexual sex.

It’s an irony that we term the ancient Greeks as the very fountain of western civilization, when most of what they practiced – pederasty, slavery – would land them inside a supermax prison today.

6 thoughts on “The Erastes, the Eromenos and the Pathikos” 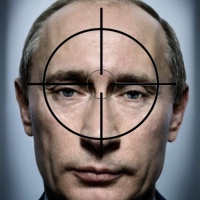 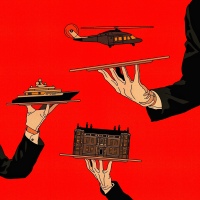 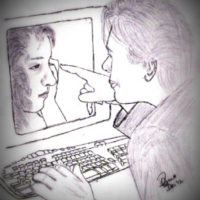